Virgin Galactic reached a remarkable milestone last week when it successfully launched two pilots into suborbital space 50 miles above the Earth aboard the VSS Unity SpaceShipTwo. While the company led by Richard Branson made a giant leap in its efforts to achieve safe commercial space flight, a little known fact about the mission is that a diamond engagement ring had been stowed on board. 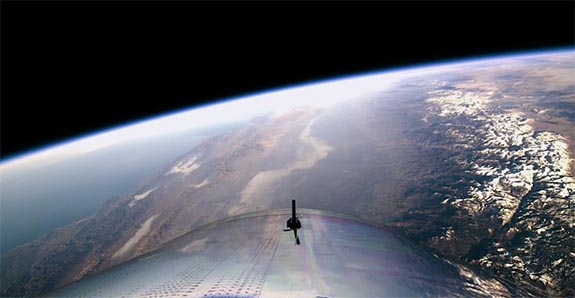 Branson, who is obviously a romantic at heart, ordered that the ring take the ride to the edge of space. And when the ring returned with the crew safely to Earth last Thursday, Branson was ready to hand it off to flight test engineer Brandon Parrish.

As Branson explained in a tweet, "What better way to propose than with a ring that had just flown to space?" 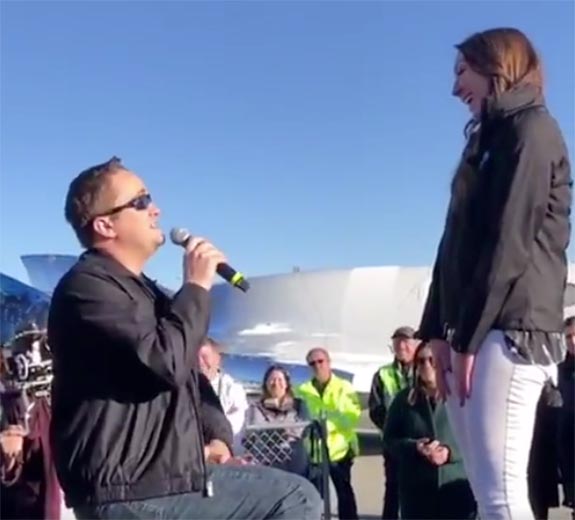 On the tarmac, Parrish went down on bended knee and delivered his surprise proposal to Veronica McGowan, a structural engineer.

"You are more beautiful inside and out than an entire universe full of stars," Parrish said. "And there is no one I can picture spending the rest of my life with better than you, so..." 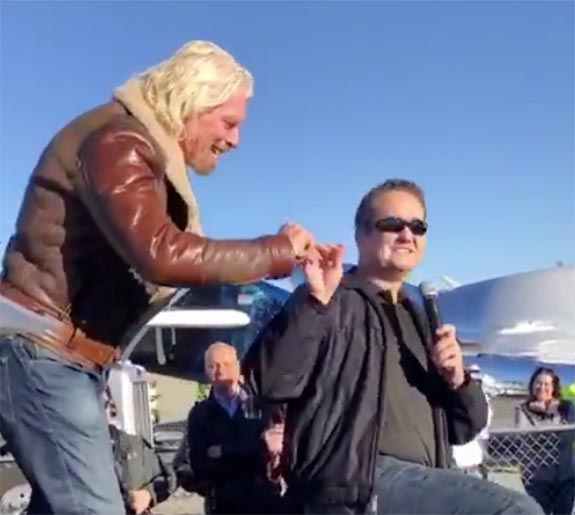 At this point, Branson stepped forward and passed the space-flown ring to Parrish.

With the ring in hand, the groom-to-be turned back to McGowan and said, "Will you marry me?" 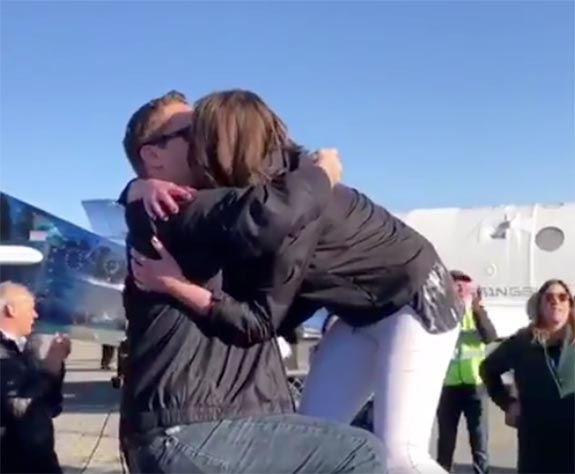 McGowan excitedly nodded, "Yes," the couple embraced and then he placed the ring on her finger.

Parrish and McGowan work for The Spaceship Company, an affiliate of Virgin Galactic that was responsible for manufacturing the SpaceShipTwo, a craft that travels at three times the speed of sound. That's about 2,283 miles per hour.

It is likely that McGowan now possesses the only engagement ring on the planet that has traveled to the edge of space. (Technically, the flight reached the "edge of space" because NASA says "space" officially starts at 62 miles above the Earth.)

Interestingly, the US Air Force gives astronaut wings to pilots who fly at heights greater than 50 miles above the Earth. A CNET.com reporter wondered if McGowan's diamond engagement ring should earn honorary astronaut wings for its journey.

We're wondering if Parrish and McGowan are considering a Star Trek-themed wedding aboard a Virgin Galactic spaceship.